IoT security trends: The conversation is about to get real 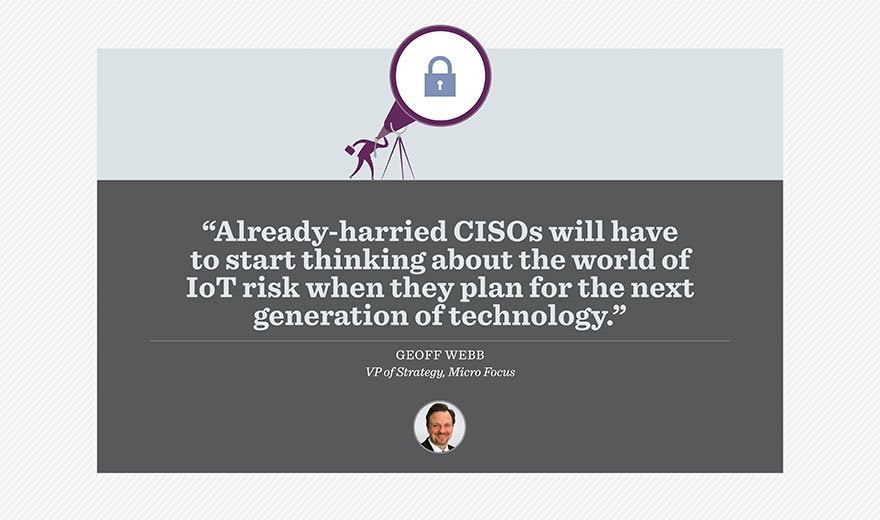 What would a predictions list be without looking at IoT security trends in 2018? Last year, the prognosis for IoT security was ripe following the Mirai distributed denial-of-service attack in October 2016. While 2017 may not have ended up as forecasted, it had its share of IoT security issues. Geoff Webb, vice president of strategy at Micro Focus, discusses two IoT security trends he expects will prevail in the coming year.

"In 2018, we'll see two IoT security trends really coming to the fore. The first is that we'll start to move past some of the hype regarding IoT devices bringing about a digital Armageddon. While IoT devices won't be shutting down the entire U.S. infrastructure, 2018 will be a year in which the conversation around privacy and security will become grounded in reality -- both the good and the bad. We've already seen the potential impact of IoT-fueled denial-of-service attacks, and we should expect to see more reality and clarity in the IoT risks we face in critical infrastructure and transportation.

"The second IoT security trend we will see is one of enterprise organizations starting to include IoT in the evaluation of their risk management practices and tolerances. IoT devices are already popping up as vectors for actual attacks on corporate networks, and already-harried CISOs will have to start thinking about the world of IoT risk when they plan for the next generation of technology, security and policy. 2018 will be, overall, a year in which we take a collective deep breath and get down to the real conversation about IoT risk, rewards and futures."