Bernie Anger, general manager for control and communication systems at GE Intelligent Platforms, is on the cusp of a major industry change. Coming soon to factories and plants near you? Automation systems that operate on cloud platforms. It's a seismic shift, from a world of closed, relatively static systems to a collaborative development platform on which companies can dynamically aggregate information. The goal is to increase productivity and efficiency dramatically by sharing such information as reusable algorithms, established troubleshooting methods and simulations for real-world scenarios. 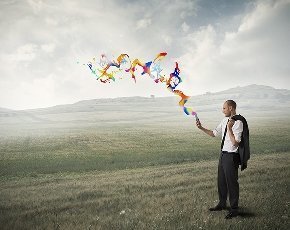 Anger (pronounced like the emotion) recently spoke to SearchCIO.com about why GE is forging this path to the cloud and what it means for the future of the automation industry. In this first part of a two-part interview, he discusses why the time is right for this change, what it means for CIOs and IT organizations in industrial manufacturing, and who the early adopters are. In the second part, Anger addresses security and privacy concerns CIOs and IT leaders might have about opening up automation to the connected, collaborative, Internet-enabled world.

What makes the automation industry ripe for going to the cloud?

Bernie Anger: Since the '70s, the automation industry has evolved in a fairly linear way. We've taken advantage of new technologies to make things run a little faster, a little more reliably, but the overall paradigm has stayed the same, because for most customers, the risk of a loss of production is higher than the value of an incremental improvement in productivity. You have an industry that, while critical to the way we live our lives today, is fairly conservative in terms of how it actually buys technology.

The social world and the Internet-enabled world have changed industries. When a combination of direct connectivity between points of decision making and collaboration take hold of an industry, it tends to transform that industry. And it's not just the economics; it's a combination of the economics and a new user experience. Look at Amazon versus Borders and what happened in the publishing industry, or Expedia and the travel industry, and so on. When that combination of connectivity and collaboration takes hold, it's almost impossible for whoever was the leading player in the old model to compete on traditional terms.

What is the main way automation will benefit from a cloud platform?

Anger: Automation solutions have to get their signals from the real world. If the way you're connecting to the real world is not over devices that connect to you over the Internet, you have a problem, because you're not going to be able to keep up with the pace of change.

The Internet in some ways has become the stable backbone on which independent pieces can evolve without risk to your broad infrastructure. That's no different from what you see in all other dimensions of cloud computing. But it has not been universally accepted in our industry, primarily because people fear the reliability and performance of an Internet-based solution when you're making real-time decisions in the millisecond and sub-millisecond range.

If you take this and fast-forward, it ends up really being an embodiment of the concept of more intelligent machines enabling more powerful control systems connecting into this 'big data' world, which in turn makes machines smarter.

How will cloud computing in the automation industry differ from other industries?

Anger: When we think about cloud in the automation world, instead of thinking about it happening by just putting computing power in the back of the cloud, we think it happens through a lot of computing power at the point where you are controlling something, combined with the cloud. The primary reason is because you have a requirement for system performance that is difficult to satisfy in a cloud-controlled environment.

When you have a control system that may be reading 4,000 or 5,000 inputs every 5 milliseconds, you don't want to run a latency risk on a broad network. However, as that system is running, you also want to make sure you're learning from it and you're teaching it from the aggregate knowledge of a pool of like devices. That's element No. 2. So, this evolution in automation has to do with the actual device that's doing the controlling being powerful enough on one side to do the control task, and [powerful enough] on the other side to participate in a cloud-connected world that both learns and teaches behavior.

What are the collaborative elements of cloud-enabled automation?

Anger: Historically, automation solutions have been created by people at their desks in a one-to-one paradigm -- for example, in the way PC software evolved in the early 1990s and 1980s. What we think we can help change is this: Just as you see in other collaboration platforms, ours allows people to collaborate in the creation of automation solutions in multiple ways. A person can choose whom they collaborate with, what they consume and what they share.

But the basic premise is rather than start from scratch at your desk, we're delivering a cloud-based platform that allows people to consume existing content [and] create their own content, and each user can define their boundaries of how content is shared. We've created a cloud-based platform that can host our applications and those created by a third party. We're combining that with all the information and additional capabilities that are required so that you can have a multi-tenant cloud environment where each user can choose what they share and with whom.

The final element of the equation is a set of connectivity technologies across all of those pieces that make it really easy to add a node to the network. Whether it's a new control system, a new application, a new piece of equipment, it becomes easy for that to be added, so you can share content between the different systems.

Our hypothesis is that as we deliver this, our customers will see some of the same productivity benefits seen in other industries when that idea of collaboration connectivity takes hold.

How is the cloud-based platform being used and by whom?

Anger: It's not commercially available yet; we're doing limited release offers for select customers. We're calling it "Project Mayne" -- that's the sort-of code name. By the end of Q1 we'll have the first Project Mayne-based solution on the market. It's a solution specifically for rural water [systems] that will allow people who manage small and medium-sized facilities to have the same access to technologies as if they were running large facilities in large cities. It has built-in connectivity and built-in collaboration ability for the community.

So, public utilities are the target audience?

Anger: In terms of who we see deploying this first, we're focusing on what we call infrastructural OEMs. They're the people who make equipment that goes into the world's infrastructure, whether that be water or oil and gas or mining. The reason why is [that] those tend to be distributed-type applications, and the OEM has a need to service some of that equipment and the owner of that equipment has a need to operate it: Both of those needs tend to correlate. That's who we see as customers.

If you take this and fast-forward, it ends up really being an embodiment of the concept of more intelligent machines enabling more powerful control systems connecting into this "big data" world, which in turn makes machines smarter.

How quickly is this concept of intelligent machines in a cloud-connected world taking shape?

Anger: When we started on this journey two years ago, I looked around and I felt like we were a little bit on the edge. But if you look at some of the products that have been emerging in the past year, I think this concept is starting to take hold.

Probably the simplest example is a product like the Nest Thermostat. It's this intelligent thermostat for your house that's connected to the cloud, and on one side it allows you to monitor, manage and understand the energy consumption in your house. But on the other side, it's sort of a self-learning device that reduces the energy consumption in your house. That's a platform that I see and think is a special-purpose, narrowly defined implementation of the same type of thinking we're applying to the general-purpose automation market.

So, this concept of using the cloud as a collaborative development platform and as a way of aggregating automation information so people can make decisions -- you're starting to see [it] in a few places. We're at the forefront of thinking about that being in the automation space, but now I no longer wonder about whether we were too far out there in our thinking.

In the second part of this interview, Anger addresses the security and privacy concerns CIOs and IT leaders might have about opening up automation to the connected, collaborative, Internet-enabled world.

Let us know what you think about the story; email Karen Goulart, Features Writer.

Karen Goulart - 11 Nov 2016 7:58 PM
Does the idea of intelligent machines increase your interest in collaboration?