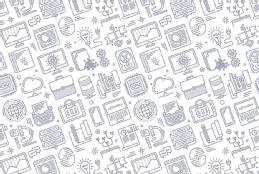 Industrial IoT applications are coming soon to a utility plant or manufacturing facility near you -- if they haven't arrived already. In fact, 86% of respondents to a 2017 Bsquare survey said they already have IIoT technologies in place; another 12% plan to add them within a year.

There is a plethora of success stories: Stanley Black & Decker, manufacturer of industrial tools and household hardware, used IIoT in its multiproduct manufacturing plants to increase equipment effectiveness by 24%, improve labor utilization from 80% to 92%, and up throughput by 10%.

Aluminum producer Aluminum of Greece improved its smelting processes using digital twins (digital replicas of physical counterparts) and IIoT. The company lowered its raw material consumption and energy consumption, leading to a 1% increase in operations efficiency and $970 million savings in production, with a $936 million increase in output and $464 million savings in operations and maintenance costs.

The uses are there and the benefits are widely touted, though they aren't guaranteed. The same Bsquare survey found most IIoT deployments are in the least-mature stages, with only 28% of respondents automating actions across internal systems and only 7% using edge analytics.

The benefits of industrial IoT applications are many, but two major hindrances prevent widespread adoption: a lack of agreed-upon IIoT standards (although they're on their way!) and a skills gap between IT and operational technology (though the data scientist might be the key to bridging the chasm).

Despite the obvious benefits, and some impressive use cases, a skills gap and the lack of standards are thwarting the spread of IIoT applications.

IIoT standards have yet to keep pace with IoT protocols

The real benefits of IIoT are becoming clear, thanks to data-driven analytics. Learn how IIoT aids predictive maintenance, asset tracking and more.

Industrial IoT creates an avalanche of information. You may need to hire a data scientist to reap that benefits IIoT promises, says Sam Pearson of Deloitte Consulting.