In my last blog, I laid out the three-tier architecture recommended for enterprise IoT implementations. Given the need for rapid information delivery, some might question the need of a go-between, like intelligent gateways, stuck in the middle of the device and data center tiers. After all, the fastest way to go from Point A to Point B is via a straight line, right? Well, not necessarily.

Think about how you go to and from work. Suppose you live in a suburb. Normally, you’d take the highway from the town into the city. But when thousands of other workers are also travelling the same path, it can get bogged down. You may encounter vacationers with their RVs blocking a lane, trailer trucks carrying huge loads or emergency vehicles requiring everyone to move aside.

HOV lanes offer a method of bypassing traffic and getting you to your destination more quickly. But in order to be in the lane, you need to meet certain criteria: more than one occupant in the vehicle, no expectations of entry and exit of the HOV lane for a predetermined period of time, etc. In other words, a certain amount of analysis occurs prior to your entry into the HOV lane. Another way to bypass the traffic is to terminate your drive at the local commuter station and take the train the rest of the way in. Even in this scenario, certain conditions have already been met differing from those of the vacationers, trailer trucks, emergency vehicles and others you’ve been contending with on the road.

The idea behind intelligent gateways is similar in that it pre-analyzes the data that’s come in and makes decisions based on business rules regarding what to send and how to get it to its destination most efficiently. Sometimes referred to as the “control tier,” the intelligent gateway acts as an intermediary that facilitates communications, offloads processing functions and drives action at the network edge.

Because some sensors generate tens of thousands of data points per second, a gateway offers significant benefits in that it provides a place to preprocess the data locally before sending on to the data center/cloud tier. When data is aggregated, summarized and tactically analyzed at the edge, it can minimize the volume of unnecessary data forwarded on. Minimizing the amount of data to be sent can have a big impact on network transmission costs, especially over cellular networks.

Jon Gertner’s article for Fast Company regarding GE describes its vision of an industrial internet future. In it, Sham Chotai (at the time the CTO of GE’s transportation division) pointed out that outfitting GE machines, like trains or wind turbines, with multiple sensors generated far more data than a company knew what to do with. “A single blade in a gas turbine, if you put a lot of sensors on it, can generate 500 gigabytes of data [each day],” Sham explained. “That’s just one blade. So that means in 30 days you’re generating as much content as the print collection of the Library of Congress.” 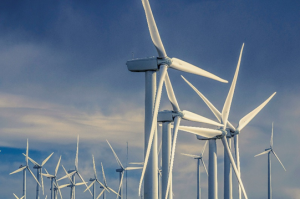 When you are bombarded with such data, some of which may not even be relevant to the task at hand, being able to synthesize it and forward on only that which is pertinent speeds up the entire process. In enterprise IoT environments, time equates to both money and success.

Edge analysis can have a big impact on network transmission costs, especially over cellular networks. In industrial IoT use cases, shaving a single byte from a message can save an enterprise millions of dollars in transmission fees. Because of the sheer amount of data that could be communicated, it is crucial for enterprise IoT architects to consider bandwidth implications in their designs and work to determine how much should be communicated.

Getting to your destination on time

Network bandwidth cost savings is only one of the ways an intelligent gateway adds value to an enterprise IoT implementation. An even more important aspect is its ability to decrease the time horizon between data acquisition and action taken. When you’re dealing with non-critical applications, such as asking your Nest thermometer to turn up your air conditioning by a couple of degrees, it’s okay for it to take a couple of minutes to do so.

But in mission-critical enterprise environments, decisions often need to be made in fractions of a second. If it took three minutes for a voltage sensor on an electrical power grid to call for additional capacity when voltage started to drop, entire power grids could go down with billions of dollars lost. If a patient’s heart monitor took too long to transmit an emergency signal for a code blue, a life could be lost. Some applications simply cannot tolerate any latency whatsoever.

Your gateway to enterprise IoT

The internet of things holds real promise for enterprise applications. Gathering intelligence on speed, temperature, energy usage, physical health, wear and tear — all these things can all lead to improvements in quality and service. By employing edge processing in multi-tiered architectures with intelligent gateways, you allow decisions to be made as close as possible to the “things” at the edge of the network, requiring less data to travel all the way to the data center. By minimizing transmission costs and reducing decision-time horizons, mission-critical enterprise applications are finding that a three-tiered architecture better supports the needs of enterprise IoT.