One of the biggest perks of the Java language is the robustness of its app code. While C uses explicit pointers for referencing memory, all Java object references are implicit pointers that could not be manipulated by app code. This automatically rules out possible issues, like memory access violations, that inevitably could cause an app to stop suddenly. Although migrating apps written in C to a new platform could be time-consuming and expensive, as well as error-prone, another benefit of Java is that it runs anywhere after it’s written. If the APIs used by the app stay unchanged, it’s only a matter of redeploying the existing JAR files class. A simple recompile is enough to move to a newer Java version.

Top reasons why Java will remain in IoT

IoT apps made with Java are very important and will continue to be in the long run. The following are reasons why Java would stay relevant in the future:

Java benefits the internet of things

The advantages of Java are well-known. Developers can build and debug code on their desktop and move it to any chip using a JVM. This means that the code can not only run in places where JVMs are common, such as on smartphones and servers, but also on the smallest machines as well. Java Micro Edition (ME) has been available on small phones as well as other embedded devices since the specification was approved in 2000. It saved space with a limited collection of class libraries, as well as other tools. Nowadays, most of the focus is on Java SE Embedded, which is much closer in capacity to the Standard Edition. Developers could use the current features of Java 8 and move their code to a smaller, embedded device. Most of the computing resource savings with Java comes from stripping out the classes required for displaying information when machines could be configured to run headless without a keyboard or monitor. All communication goes via the network.

Why Java is required for IoT

Java provides network portability. It’s also easy for developers to learn. These two aspects come together to make Java the perfect program to help devices connect with one another. Almost all devices, from personal computers to mobile phones, use Java. It is also an integral part of the internet world, making it a great choice for IoT. Java provides every device the best functionality level, high security levels and a good amount of scalability in the industry. Moreover, the fact that Java has a big ecosystem makes it much more suitable for the internet of everything. Senior Java developers can create innovative apps to help achieve the goal of a connected world.

When people consider writing an embedded app, there are many factors that should be taken into account, such as which real-time operating system and protocols to use. When Java ME is used, it will abstract all the factors, making it easier to write apps that run on different devices without any call for change anywhere.

As a platform, Java is a great starting point for the internet of things when it comes to ubiquity as well as built-in security and encryption technology.

EdwardJavaCard - 28 Dec 2017 1:23 PM
Apart from Java ME, there also exists the Java Card platform, that has been conceived in 1996 and targeted at the smart card chips being produced in those days, 8 bit CPU, 512 bytes of RAM and les that 30 k of ROM. A subset of the Java Runtime and a specialised Java API  allowed programming of secure 'Applets' in Java. The present version 3.05 of the Java Card specs has a more extensive API.
[-] 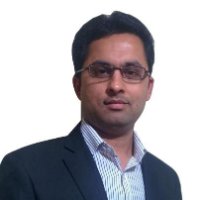 Ritesh Mehta - 29 Dec 2017 3:55 AM
Yes, specifications of both are good for IoT based solution, any or both in consolidation can be used