My colleague Jon Brown, vice president of market intelligence here at TechTarget, posed an interesting question the other day. What was the billion-dollar breakthrough business enabled by the Internet of Things?

After all, he pointed out, other technology revolutions have produced enormous, dominant companies like GE and Ford. In the PC era, Microsoft and Apple. In the Internet era, Amazon and Google. If you look at a technology like genetics, it’s easy to see how a technology like CRISPR could result in billion-dollar companies.

But what about the Internet of Things? It’s easy to see significant incremental improvements such as lower costs for logistics or, as GE likes to talk about, 1% improvements. But dominant new businesses that couldn’t exist without the new development? 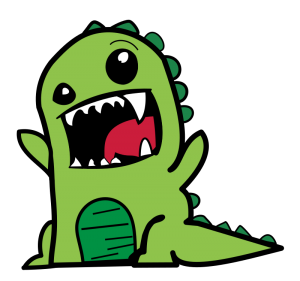 My answer is that at least one of the dominant companies is already here in the form of Apple. I think the smartphone (and specifically the iPhone) is the first glimpse most of us had of the Internet of Things. It’s mobile, it’s packed with sensors, it leverages a Web back end for key functionality. And it gets increasingly hard to imagine living without one.

The mobile phone world also gives us a clue about future dominant businesses: they are driven by the way a new infrastructure makes the marginal cost of certain applications low enough that they are worth doing in a widespread way. Consider, for example, Twitter. Its genesis was the arrival of essentially free SMS text messaging. It would almost certainly not be worth building out mobile data networks or the Internet in order to broadcast 140-character updates on our latest meal to the world. But when it costs next to nothing, suddenly everyone wants to join the Twitterati.

Whether Twitter enhances humanity or is a lasting company, it did essentially create one-sided “following.” This is an enormously useful capability in all sorts of contexts.

Darned nearly every iPhone and Android app you can think of would not be worth creating smartphones and 4G LTE networks just to have it. But at least a few of those apps are enormously valuable once you’ve got the infrastructure already in place.

IoT has the makings of a different and vastly more pervasive information infrastructure. The importance of IoT’s presumably rapid build-out is not that there will be 20 or 40 or 117 billion “things” on the Internet by 2020, but that they will be building an infrastructure with entirely new trust relationship systems, with data aggregation capabilities that enable analytics on a scale we haven’t seen before, and that the administration (if it can be called that) of the infrastructure will have migrated to a place where the things (including IT network components) are considerably more self-organizing than they are at present.

The question then becomes: why is it suddenly so much cheaper to do that it’s worth doing on a global scale? Therein lie the dominant behemoths of the IoT era.